In 2007, the Perry County Council of the Arts inherited Landis House, a 5,000-square-foot mansion, and the numerous artworks and artifacts from the Estate of Mary M. Landis. On November 16, 2014, PCCA held a dedication ceremony at Landis House to celebrate the bequest by Mary M. Landis of her home and its contents and to thank the many individuals who gave generously of their time and treasure to turn Mary’s home into our Creative Commons.

The mission of Landis House is to serve the community as a Creative Commons, offering: 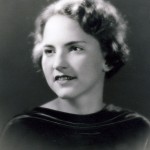 PCCA inherited Landis House in 2007 from the Estate of Mary M. Landis, who wished it to become PCCA offices and a venue for recitals and exhibits. The Landis Family’s roots found Perry County in the mid-1800s.

From 1920 to 1933, they lived in Hamburg, Germany, acquiring real estate, artwork, and numerous other treasures. Upon being swept up in events of world significance, they returned to the US in 1933 and purchased the house on the corner of Fourth and Walnut in Newport in 1938.

The contents of their home in Hamburg – complete with artwork, furnishings, and a magnificent Bechstein piano – were shipped to Baltimore and on to Perry County in four railroad cars. Mary M. Landis, who inherited the house from her parents, bequeathed Landis House to PCCA upon her death in 2004 with the hope that it become PCCA offices and a venue for concerts and exhibitions.

Landis House had suffered from years of neglect, both inside and out, but its potential as a community arts center of regional significance was obvious from the beginning. In 2007, the Board initiated a construction project to rehabilitate a derelict detached garage and build a connecting lobby between the garage and the 4000 square foot main house.

In June 2008, half the PCCA staff moved from their cramped office space at the PCCA Gallery to the newly rehabbed area in Landis House. Over the following year, in the midst of the recession, legions of volunteers showed up for session after session of junk removal, safe storage of important artifacts, plus wallpaper scraping, sanding, and painting in five downstairs rooms.

By September 2009, a cosmetically rehabbed Landis House opened its first exhibition, Central PA Self-Portraits, which drew visitors from around the state. We have since displayed numerous exhibitions and held recitals of Celtic, classical, folk, and bluegrass music, piano and guitar students, and magical evenings of show tunes. When the pros finally returned to to finish what was started five years before, they installed spray foam insulation in the attic, new electrical wiring and HVAC throughout the mansion, and upstairs a new, a modern office with a new phone system, a computer system that stores everything efficiently on the cloud, a Bedroom Suite to house visiting artists, a Collections Suite to house the over 3000 artifacts in our collection, including moveable racks to store our framed artwork, and a Green Room for musicians to center themselves before they play the Bechstein piano.

On November 16, 2014, PCCA held a Dedication Ceremony to celebrate Mary’s vision for Landis House and thank the many individuals and organizations that contributed time and treasure to turn Mary’s home into our Creative Commons.

We are pleased to report that in 2015, Landis House was utilized in ways other than an office – for concerts, classes, exhibitions, tours, meetings of clubs, committees and board, and as overnight accommodations for visiting artists – on 191 days.